The Fatimid Empire of North Africa is one of the most controversial empires in Islamic history. They are misrepresented by Ismailis and some orientalists as enlightened leaders that brought a new golden age to the Muslim world.

However, scholars and historians from the Muslim world have shown a different side to this 10th century dynasty. The story of the Fatimids is one that is filled with oppression, deception, and deviance from Islam itself, who aligned with the Christian Crusaders and served as ‘the enemy within’ for the larger world of Islam.

Before analyzing the Fatimids as a political force, we must first understand their religious stance. From the time of Ali (ra), Muslims had been divided politically on which family should hold the office of the caliphate. Those that believed the family of Ali should always be the political leaders of the Muslim world became known as Shi’at Ali (the partisans of Ali). Over time, however, what was once a political difference of opinion became a religious one. The descendants of Ali became known as Imams and were seen not only as political leaders, but spiritual and religious leaders as well.

One group of Shi’a became known as the Ismailis, because they broke off in accepting Ismail ibn Jafar as the seventh Imam, while the majority of Shias accepted Musa ibn Jafar (for this reason, the Ismailis are also referred to as the Sevener branch of Shi’ism). After this split with the majority of Shi’as, the Ismailis began to develop unique and unorthodox beliefs. It is interesting to note that Ismail who was accepted by Ismailis, had actually died during the life of Imam Jafar as Sadiq. Still, the Ismailis accept Ismail as their seventh Imam. (More details in article Disconnected Ismaili History: Imam Ismail Died Years Before His Father Died)

One of the main Ismaili tenants is the belief in the batin, or “hidden”, meaning of the Quran. They insist that each verse of the Quran has an apparent, literal meaning, and a hidden meaning that only the Ismaili Imam (present day Aga Khan) is qualified to interpret. Using this, the Ismailis, through their imams, have come up with very different and heretical beliefs that are in direct contradiction of mainstream Islam. For example, the imams are seen as infallible, perfect humans that are incapable of making mistakes. Over time, their imams have claimed divine attributes and abilities. (Read more “Ismailis Worship Me” – Aga Khan III). These Ismaili imams are seen as incarnations of God himself, and as “suspended between man and heaven”.

Clearly, the Ismaili view of Islam is one that is unorthodox and contrary to the basic Islamic concepts of tawhid – Oneness of God. For this reason, the recent Amman Message that brought together Muslim scholars from all branches, schools of thought, and sects (including the current Ismaili imam), recognized 7 schools of thought within Islam, and Ismailism was not one of them. The Aga Khan however lied openly through a written letter that Ismailis adhere to the Jafari (Shia) school of thought (read Decoding The Amman Message to view a copy of the letter signed by the Aga Khan). The Twelver Shia, openly reject Aga Khani Ismailis as disbelievers (read Why are Ismailis not Shia?)

For this reason, the Fatimid Empire, which adhered to Ismaili beliefs cannot truly considered a Muslim empire, nor can their actions be considered as representative of Muslims. A more accurate way of understanding them is to know their beliefs fall outside the realm of Islam, and to recognize them as a separate faith altogether, just like the Ahmadiyya are recognized as a separate religion outside of Islam.

2. Rise of the Fatimids

Due to the natural Muslim disapproval of the extremist Ismailis, they had to go “underground” in the 800s and early 900s to survive as a religion. They hid their beliefs, but appointed numerous preachers to travel the Muslim world and preach Ismaili ideas to lay people. This effort established numerous secretive Ismaili “cells” across the Muslim world from Morocco to India. In 909, one of these cells decided it was ready to go public and begin its quest for domination of the Muslim world.

A man named Abdullah al-Mahdi Billah declared himself caliph and the Mahdi (the Awaited One) in 909 in present-day Tunisia. He adhered to Ismaili beliefs and claimed to be an Ismaili Imam, related to Prophet Muhammad (pbuh) through his daughter Fatima (thus the name Fatimids), although his ancestral claims were probably forged as no contemporary account verifies them. Al-Mahdi Billah hoped to increase his own power by using the Berbers of North Africa as his supporters and armed forces. He played on Berber discontent with the ruling Aghlabid Empire of North Africa. He promised to give them prominence in return for their conversion to Ismailism and support of his leadership.

His plan worked. Numerous Berber tribes, including the Kutama and Sanhaja, joined a confederacy supporting al-Mahdi Billah, and he extended his domain across North Africa. Modern Morocco, Algeria, Tunisia, Sicily, Malta, and Libya fell under Fatimid control in the mid 900s. The Fatimid Empire at its peak in the late 900s included North Africa, Syria, and the Hejaz.

The rise of this Ismaili Fatimid state served as a reign of terror for Muslims in their domain. Contemporary chroniclers note that Fatimid rulers were more atheistic than anything in their beliefs and that “devout believers were unable to attend the mosques on Friday lest they be obliged to listen to prayers for impious tyrants.” The legends of religious tolerance and unity among people under the Fatimids is thus clearly seen as a myth. However, things would take a turn for the worse when the Fatimids conquered Egypt.

In 969, the Fatimids were powerful enough to conquer Egypt from the Ikhshidid Dynasty (الإخشيديون‎‎). They rode into Egypt and beyond, conquering Syria and the Hejaz, bringing all three holy cities: Makkah, Madinah, and Jerusalem under their control. They established the city of Cairo as a palace city for the Fatimid emperor, keeping him away from the local population, which was mostly centered in nearby Fustat (الفسطاط‎‎). This was the maximum point of Fatimid power. The late 900s saw the Fatimid realm encompass a majority of the Muslim world extending from Morocco to Syria. This is the time that Orientalist scholars refer to as the golden age of the Fatimids and their era of great religious tolerance.

Here is where the myth of Fatimid religious toleration must be analyzed in full. Orientalist scholars make the claim that the Fatimid era saw the flourishing of Christian and Jewish communities. However, religious tolerance was not uncommon in the Muslim world. From the earliest Muslim conquests to the later Ottoman Empire, religious freedoms have always been guaranteed according to Islamic law. A common claim of religious tolerance is that Fatimids appointed Christians, Jews, and others to high governmental posts. Again, this is not unique. The Umayyads, Abbasids, and others also appointed non-Muslims to government posts. For example, the Fatimids’ contemporaries in the east, the Abbasids, were very adamant about bringing all faiths to Baghdad (including pagan Greek scientists and animist Turkish generals) to create a golden age of Islamic civilization. That the Fatimids also guaranteed religious freedoms for minorities certainly did not make them unique, as they simply followed the examples of earlier empires.

From an Islamic perspective, Fatimid rule meant anything but religious tolerance. Ismailism was the state religion and was heavily propagated by the government. Congregational prayer in the traditional Muslim way was banned, and Friday prayers were performed in the name of the Fatimid “caliph”. In a further insult to traditional Muslims, only Ismailis were allowed to enter the holy city of Jerusalem. Ismaili pilgrims were encouraged to travel there, but Sunnis were banned from passing through its walls. (Montefiore, Simon Sebag. Jerusalem: The Biography, 204. New York: Random House Inc., 2011. Print.)

The Fatimids’ coreligionists, the Qarmatians in the Arabian Peninsula, were also Ismaili and continued the harassment and attacks on Muslims, in cooperation with the Fatimids. In 906 they ambushed a caravan of pilgrims heading for Makkah and killed 20,000 people. In 928, they sacked Makkah, massacred its population, and stole the Black Stone off the wall of the Ka’bah.  It was returned 22 years later after a ransom was paid. (Saunders, JJ. A History of Medieval Islam, 130. London: Routledge, 1965. Print.)

Overall, persecution of Muslims was rampant in Fatimid times. State policies demanding acceptance of Ismaili beliefs were oppressive to Muslims and strongly rejected. The Fatimid response to this was horribly severe, as “thousands of devout Muslims were killed during the [Fatimid] dynasty simply because they reused to disgrace the Companions of the Prophet (pbuh)”. (Najeebabadi, Akbar Shah. The History of Islam. Riyadh: Darussalam, 2001. 269. Print.) 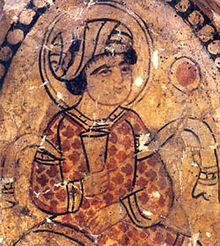 The “mad caliph” al-Hakim bi Amr Allah as noted by a vast majority of historians.

Religious persecution was not limited to Muslims, however. Although at times Christians and Jews were given rights and freedoms, during the reign of al-Hakim bi-Amr Allah (r. 996-1021), all non-Ismailis were persecuted. Known as the “mad caliph” (al-Khateeb, 2014) because of his eccentricities and oppression, he showed complete intolerance for others. In 1009, he ordered that the historic and religiously significant Church of the Holy Sepulchre in Jerusalem be demolished brick by brick. All other churches and synagogues in Jerusalem were either destroyed or closed, and Christians and Jews feigned conversion to Ismailism to avoid persecution (Montefiore, Simon Sebag. Jerusalem: The Biography, 208. New York: Random House Inc. , 2011. Print.). His actions were one of the reasons for the Crusades, which erupted 90 years later. It is important to note again that the Ismaili actions at this point cannot be considered as Muslim actions. Islamic law has no room for such treatment of Jews and Christians, and al-Hakim’s actions represent only himself and Ismaili beliefs, as he was the Imam of Ismailism.

The Fatimid Empire lasted until the late 1100s. It weakened considerably through the 1000s and 1100s, with internal revolts by Sunnis and the Crusades severely hampering its power. The lights went out for the Fatimids in 1171, when Salah al-Din, officially abolished the empire and “caliphate”, reuniting Egypt with the Sunni world, much to the happiness of the Egyptians.

Despite their chaotic and turbulent 200+ years in power, the Fatimids did not leave much of an intellectual legacy. Ismailism went underground again, this time in the form of terror cells spread throughout the Muslim world, commonly known as the Assassins. Indeed, even during the height of the Fatimids, very few people willingly converted to Ismailism. Most of the population remained Sunni, even under very stringent oppression. Al-Azhar University was founded by the Fatimids in Cairo in an attempt to convert the locals, but it failed miserably in this endeavor and it was converted into a mainstream Muslim university by Salah al-Din, which was when it became known as a center for learning.

In conclusion, the Fatimids can be seen as an invading, oppressive religious force in the medieval Muslim world. They cannot be fully counted as Muslims, as their actions and beliefs directly contradicted mainstream Islam. The myths of their religious tolerance as supported by Orientalist and apologetic scholars are clearly false, as has been stated and referenced. It is important to understand the different perspectives and not simply accept one line of thinking without evidence.