This day, I have perfected your religion for you, completed My Favour upon you, and have chosen for you Islam as your religion. (Holy Quran 5:3 – excerpt)

The religion of Islam has been perfected by Allah forever and for all the times and times to come. It does not need any innovation. Quran is the eternal, divine, flawless, faultless, intact, absolute, final and perfect Hidayat and the Code of Life for all the times and for all the people. Nothing can be added to nor can any part be omitted nor the words or sentences be changed from their placement. Quran has been perfected by Allah and there is no more any necessity for further revelations. Allah has repeatedly and in different manners has ordained and explained that, the Quran, He has made is easy to understand. This means that there is no need of any divine, secret or spiritual interpretation or interpreter. Allah has taken the responsibility to protect The Quran from any type of corruption. We see this miracle that Quran that is in our hands is the same original one in its pristine purity since last more than fourteen centuries. 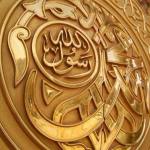 The Prophet Muhammad (pbuh) is the final and universal messenger till the day of Qiamah. The Quran is the final, eternal and perfect message/Hidayat, which is forever. Therefore there is no necessity for further revelations and consequently there is no more any necessity for the future Prophets.

The blessed Apostle of Allah, Muhammad Rasool-Allah (pbuh), with great pains, sufferings and continuous efforts, practiced perfectly in accordance to the guidance (hidayat) laid down in the Blessed Book, the Qur’an. This took twenty three years of continuous and ardent efforts under the direct guidance of Allah (swt). This is how the Prophethood reached its zenith and eternal perfection; this Ummah is the final Ummah till the Day of Judgment (Qiamah). There remains neither any necessity for further Prophet nor further revelations nor any new Ummah.

First, I shall tell you how I got interested in this Basic Tenet of Faith, Takmil-e-Deen/Khatm-e-Nabuwwat. A very effective movement took place against the Qadianis/Ahmedis on the point of Khatm-e-Nabuwwat. During last some decades one Ghulam Ahmed Qadiani had claimed that he was a prophet. The anti-Qadiani movement gained ground and there was a fear that blood shed was imminent. The epicenter of this movement was Lahore, the provincial capital city of Punjab. Martial Law was imposed and General Azam Khan was the Martial Law Administrator. Mawlana Maududi, the Head of Jama’t e Islami, with many of his colleagues was arrested.  Mawlana Maudidi was awarded a death sentence which never took place. Anyhow the movement was suppressed for the time being and the arrested persons were released.

This movement interested me and I read Qadiani and anti-Qadiani literature. I read this literature in some detail. I fell into great confusion, bewilderment and perplexity resulting into consequent depression. The reason for this problem of mine was the deep and in-depth ingrained Doctrine of Imamat, in my mind since my early formative years and nurtured throughout  my youth by Ismaili literature and the lectures of various missionaries. Day by day, my confusion and perplexity was increased and I was in grave depression. It was very difficult to digest the point that: Wahi/Divine revelations are Merciful Blessing and the Guidance. How it can end when mankind is there and every day thousands of men are born? This was due to the doctrine of Imamat hammered into my mind since my formative years.

In the mean time I came across a noble and highly learned person whose name was Abdul Ghani. He had to his credit D. Oxon in Arabic from UK and had studied Islam in the University of Al-Azhar in Egypt. He kept himself at a low profile. I discussed my problem with him. He kept on hearing me. I discussed this point in detail. He explained in depth and convinced me on all the points I raised.  He consistently advised me to learn Salat/Namaz and do perform daily and Tehjud in the night. I benefited much from this advice. And, that opened many vistas of knowledge of Islam. Allah bless Ghani Sahib for his noble works.

It then dawned upon me that Qur’an is the only Divine Guidance and I can reap abundant and total guidance from, provided, I can wipe out my mind of all the false and erroneous ideas harboured and rooted there in. This did work and there after the Qur’an became very easy to follow, understand and act upon the Blessed Guidance. My Satanic ideas of the Ismaili doctrine of Imamat were gradually washed away and the truthful understanding of the Basic Tenet of Takmil-e-Deen / Khatm-e-Nabuwwat gradually evolved.

After this preliminary status of mind I will narrate the importance of this Basic Tenet of Khatm-e-Nabuwwat, the Takmil-e-Deen of Islam.

2. Importance of Takmil-e-Deen/Perfection of Islam

The will and Pleasure of the Omnipotent Allah (swt) unfolded by making Islam complete, perfect, flawless, faultless, eternal and suited to the demands of all times and all climes. Muhammad the blessed apostle of Allah, faithfully delivered the Message vouchsafed to him and he had striven with all of his might to raise the final Ummah, which could discharge the responsibilities ordained by Allah and exemplified by the Holy Apostle. This ummah is entrusted the charge of spreading the message of Islam, safeguarding the Qur’an in its pristine purity against all deviations, innovations and assuming the leadership of humanity in order to guide it on the right path.

3. Importance of Takmil-e-Deen in the Modern Era and the Deception of Esoterism

In the present era, the issue of the finality of the prophethood is of great importance. In the last couple of centuries, certain self-seeking and dishonest persons have emerged whose sole aim and purpose has been to mislead the Muslim Ummah and to sow the seeds of discord and dissent amongst the various groups of Ummah. The modus operandi is to divert and sidetrack the Ummah from the accepted beliefs in the basic tenet of the faith, the finality of the Prophethood. The well-known enemies of Islam engineered/fabricated some conspiracies.  This sensitive issue demands some awareness and in depth study of this Tenet of Faith, the Finality of the Prophethood. For example, Bahauddin in Persia and Gulam Ahmad Qadiani in Indo-Pakistan subcontinent, openly but erroneously claimed that they were Prophets of Islam for their malicious nasty and wicked purposes. Moreover there are certain Sufi and Batini Cults which have tried to hijack the functions of Prophet-hood for their selfish ends, in the form of secret, esoteric, batini and spiritual doctrines. These are only malevolent cults. Some have claimed the divinity (elahiat) in different forms viz incarnation of Allah in human form. For this purpose, they have fabricated false doctrines and cult practices which are quite alien to Islam. Their only aim, object and goal is to introduce false notions that the Final and Perfect Message i.e. Quran and the shariah established by the blessed apostel Muhammad of Islam on the basis of Quran, are not the final, complete and everlasting. In their fabricated Cult Doctrines, the Shariat can be amended, suspended and can be abrogated. The Shariat can be interpreted only by certain persons only, these persons claim that they have inherent right to change, amend, suspend or abrogate the shariah. They also claim that the shariah based on Quran and sunnah has two aspects one zahir meaning manifest and apparent, the other is batini and secret meaning. And this is known to only certain persons who have direct communion with Allah. Some people have tried to introduce the philosophical interpretation of shariah, but Islam does not need the crutches of philosophy which is human thinking and the Quran is a Divine Message. These persons are false claimants and hide their identity under the banners of some buzurg, Imam sahib, wali (plural Awlia), peer sahib, shah Sahib, sufi-buzurg, and host of similar terms.

4. A Historical Perspective of Takmil-e-Deen

a. If we look at the history of all the Prophets from Adam to Jesus/Essa ibne Maryam we find that none of the prophets claimed the finality of the prophethood for himself.

b. There is no mention in all the previous revealed scriptures to the point and effect that any of these scriptures is perfect and final, nor there is any mention that any of the prophets is final prophet, but the Quran does claim.

c. In the history we have very scant information from Prophet Adam to the period before Prophet Moses. From Prophet Moses onward, we have enough references for the succeeding Prophets (pbut).

d. In Taurat/Torah there are references that there will be succeeding prophets. In Taurat and in Quran we find prophecies by Prophet Moosa that the Final Blessed Prophet will appear in the succeeding period.

Those who follow the Messenger, the unlettered prophet, whom they find written in what they have of the Torah and the Gospel, who enjoins upon them what is right and forbids them what is wrong and makes lawful for them the good things and prohibits for them the evil and relieves them of their burden and the shackles which were upon them. So they who have believed in him, honored him, supported him and followed the light which was sent down with him – it is those who will be the successful.

Say, [O Muhammad], “O mankind, indeed I am the Messenger of Allah to you all, [from Him] to whom belongs the dominion of the heavens and the earth. There is no deity except Him; He gives life and causes death.” So believe in Allah and His Messenger, the unlettered prophet, who believes in Allah and His words, and follow him that you may be guided.

Here the use of the word Ummi for the Holy Prophet in 7:157 is very significant. This was and is used as the national pride and arrogance of the Jews who called the non-Jews ummis (gentiles or goems). In this respect, they were so arrogant, that as a nation, neither to speak to nor to acknowledge an Ummi as a leader. They were, and are not ready even to concede basic human rights for the gentiles. It was, and is their conviction but false belief that they are not to be called to account of their behavior towards gentiles. But now their salvation solely depends in following this Ummi Prophet. If they follow him, they receive a portion of the Mercy of Allah (swt), otherwise they are doomed to the same wrath to which they were subjected during the centuries of their deviation.

4. Testimony of the Bible

We come across the prophecy of Prophet Jesus (pbuh) to the effect that The Prophet Ahmed (pbuh) will succeed him. The details of which we find in Qur’an Surah Aş-Şaf, Chapter 61:6:

And [mention] when Jesus, the son of Mary, said, “O children of Israel, indeed I am the messenger of Allah to you confirming what came before me of the Torah and bringing good tidings of a messenger to come after me, whose name is Ahmad.” But when he came to them with clear evidences, they said, “This is obvious magic.”

In the next part of this article, we will be looking at a number of ahadith signaling the end of prophethood and the perfection and completion of religion, scholarly references and Quranic evidences.

3 thoughts on “Takmil-e-Deen and the Need for a Living Imam: Part 1”